Are There Senior Interns Like Ben Whittaker in “The Intern” in Real Life?

As Anne Hathaway steps into the shoes of visionary entrepreneur Jules Ostin, Robert de Niro’s senior intern Ben Whittaker in The Intern (2015) not only brings a new lease of life to the company but also proves to be a boon in Jules Ostin’s personal life. Bored in his retirement, 70 year-old Ben starts a new chapter by becoming an intern in a fast-growing e-commerce fashion startup, surprising his new boss with all the skills, insights and professional experience he can draw from based on his years as an executive in a phone directory company. After watching The Intern, many viewers ask whether such senior internship programs do exist in reality.

While 30 to 40 year-old interns are common especially after the economic slowdown of 2008, examples of interns in their 50s, 60s or 70s are relatively lesser known. Yet there have been certain instances of senior internships. According to a report submitted by the Subcommittee on Federal, State and Community Services of the Select Community on Aging in 1976, Members of the House offered Senior Citizen Internships, inviting 60 year-olds to apply to be interns in their respective congressional offices for two weeks. Under this program, interns from some 16 offices performed legislative tasks for the participating members, attended briefings and hearings and met with administration officials and representatives of various organizations serving older persons. Such internships not only offer older people a path to connect with new employers or learn a new field, often serving as a chance to change careers.

Moreover, a number of companies such as PwC, Regeneron, Harvard Business School, MetLife and McKinsey prefer interns from a senior population over college students. This preference can be attributed to the skills, expertise and sometimes contacts that these citizens bring in to the company owing to their past professional experiences. As a matter of fact, the number of senior interns of the age group 55 and over is expected to rise to 25.2 per cent in 2020 from 13 percent in 2002 according to a 2012 analysis by the Bureau of Labor Statistics. 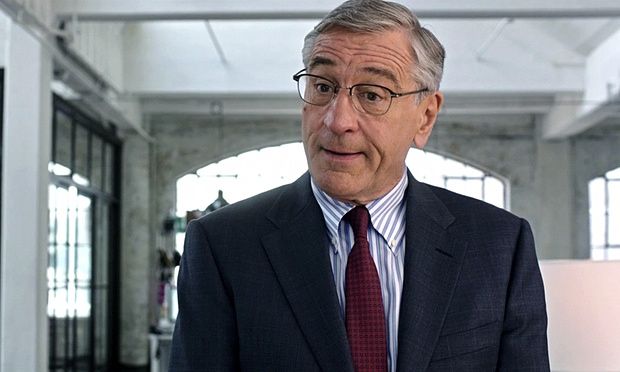 At 70, Ben is older than many senior interns, but he shares the common desire to reinvent himself in a new career and working environment. Often touted as a smart career move for professionals seeking a mid-life change in career, senior internships have really proved a game changer for some in the middle or later stages of their working lives. Deborah Mitchell, CEO & Founder of Deborah Mitchell Media Associates, after working for 25 years in television industry, brought a new phase in her life by becoming an intern again. For her, this internship was a way to learn new skills and to rebrand herself that enabled her to make a rebound in her career and get a stronghold in the digital and social media. According to her, “My internship at the beginning of my career changed the course of my professional life. But after 25 years in the television industry, my career took an unexpected turn when I was terminated from my producing job at CBS News. The reality was that I was thrown into a job market that was in transition—social and digital media were the new ways to communicate, and I didn’t have the skills. I had to rebrand, and part of my career makeover involved interning again. As an adult, I had to swallow my pride and forgo the monetary value of my years of experience and become a student again.” In a similar fashion, 53 year-old Beth Kempner desired to apply her leadership skills to the non-profit sector after working for 25 years in advertising for clients like Disney and General Mills, so she started afresh at the Center for Employment Opportunities, an organization assisting people with criminal records find employment. Kempner admits that her time at the Center has been “challenging, frustrating, and enlightening.” She explains, “I was used to working with a large group, and being able to delegate many tasks,” however, now she needs to accomplish a large number of tasks all by herself.

Due to the appeal of allowing seniors to put their skills to use for the greater good, these internships are becoming more popular. Not all internships lead to full-time employment, although some older interns end up with job offers. They also provide flexibility and now that senior citizens are being accepted as interns, they may find it easier to go back to schools for a master’s degree. MIT Sloan recently accepted a 60 year-old into their master’s finance program, to name one example.

With the known existence of such internships and the popular portrayal of one such intern in the widely seen movie, the senior internship is unlikely to remain a little known and rare venture. The Intern’s Ben Whittaker may give a further boost to similar programs and might rope more interns from the senior population back into working society.