Are “The Terminator” and “Terminator 2” sci-fi versions of the New Testament?

Quick Answer: The similarities could very well be unintentional, but the early stories told in The Terminator and Terminator 2 resemble the conception of Jesus and the fight for his survival. Sarah Connor’s somewhat immaculate conception from a man from the future, followed by attempts to purge the child’s life else he become the savior of humanity, have rather solid biblical undertones.

The Terminator (1984) and its sequels are the story of a world dealing with end times. Judgment Day, they call it, wherein machines gained sentience and took up arms against humanity, ending three billion lives in a single swoop on August 29, 1997. The survivors fight an endless war against the machines and SkyNet, the computer which controls them. Terminators are sent through time to destroy John Connor, the leader of the human resistance, and his mother, Sarah Connor, before John could even be conceived. Without him, they believe, the humans stand no chance of survival against the odds.

What we get beneath this pivotal piece of science fiction is a retelling of the Annunciation story from the New Testament; a James Cameron-level science fiction nativity story. Exploring the basic plot points from Terminator, we find a rebel from the future visiting a woman to warn her she will give birth to a political Messiah capable of bringing salvation to all of humanity. Biblically, Archangel Gabriel does this telling to the Virgin Mary in regards to Jesus. In Terminator, the story begins when Kyle Reese (Michael Biehn), a soldier sent through time to protect John Connor, travels to 1984 to warn Sarah Connor (Linda Hamilton) that she will one day give birth to John Connor, leader of the rebels and savior of mankind. In order for him to be born, she must be protected from a cyborg (Arnold Schwarzenegger) sent through time with the objective of taking her out. 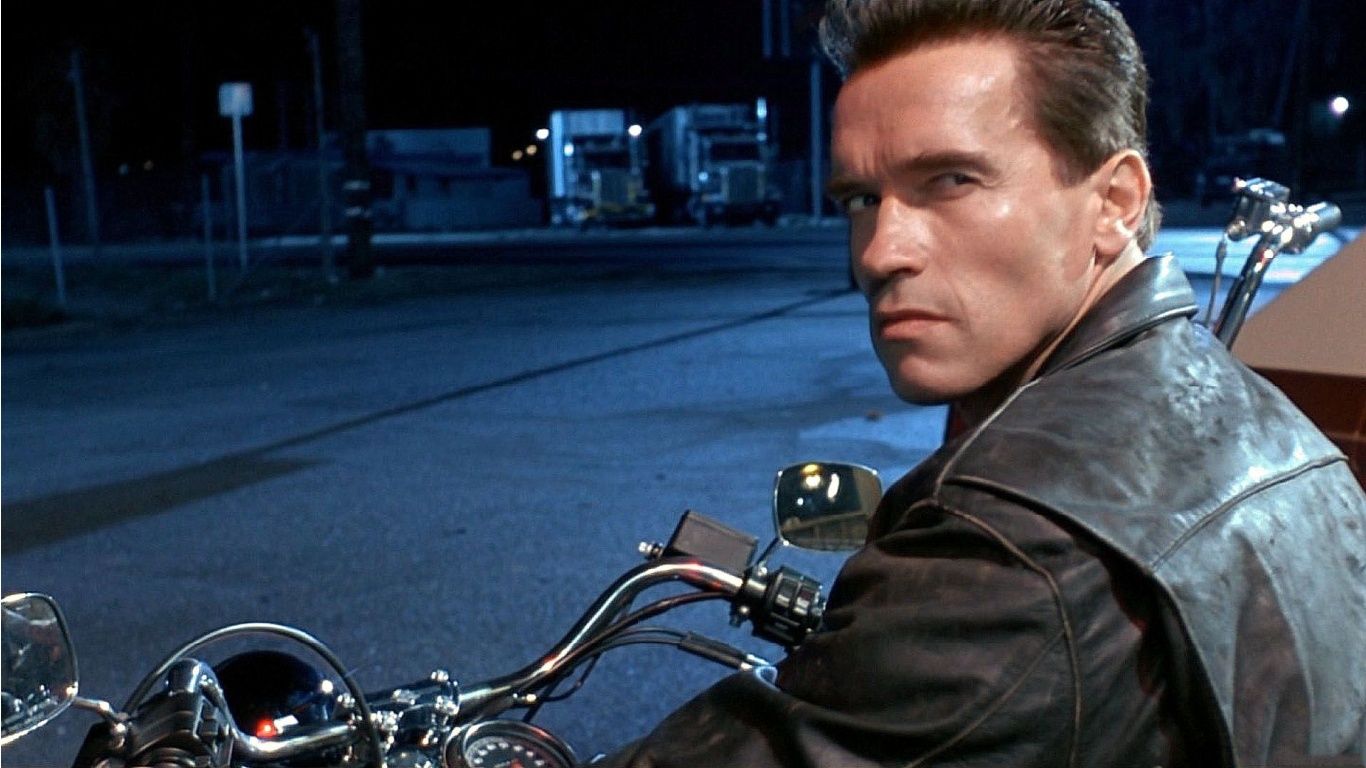 Arnold Schwarzenegger as the Terminator

As the Virgin Mary became pregnant following her introduction to Gabriel, Sarah Connor follows the pattern by falling in love with and becoming impregnated by the somewhat-supernatural Kyle Reese. Kyle then becomes the father of the very messiah he came to protect, and Sarah carries the child she was divined to hold. Like the birth of Christ occurred against the backdrop of ominous war, so does the birth of John Connor, whose future is already painted with the blood of battles he will dedicate his life to fighting. His initials, JC, are certainly not coincidental. He will free humanity from slavery under machines. Meanwhile, the Terminator kills everyone who gets between itself and Sarah, akin to the slaughter of Bethlehem’s innocents.

The sequel, Terminator 2: Judgment Day (1991) continues the messianic story with John Connor (Edward Furlong) being born, living as a ten year-old with his mother, who has been changed into a radical. His protector is the original Terminator unit sent to kill Sarah, and a new, updated cyborg (Robert Patrick) has been dispatched. This Terminator is capable of imitating anything it touches and can transform its shape. Its appearance marks the stage for a battle between good and evil that mirrors the biblical family’s flight into Egypt, wherein Joseph, Mary, and Jesus fled after they learned King Herod intended to kill all the children in their area in hopes of killing Jesus. The stakes of the good versus evil battle are high; they determine a species’ right to exist.

This religious allegory is a constant subtext to the narrative of Terminator and, perhaps more so, Terminator 2. Fate, determinism and human empowerment are the primary themes of the story, with one man’s ability to alter the future of an entire race at the forefront of its exploration. John Connor is thrust into unimaginable responsibility that determines the future of everyone, with the capacity to modify life for every human born in his footsteps, not unlike his biblical counterpart. It shows humanity surviving against assault from the product of its own invention. 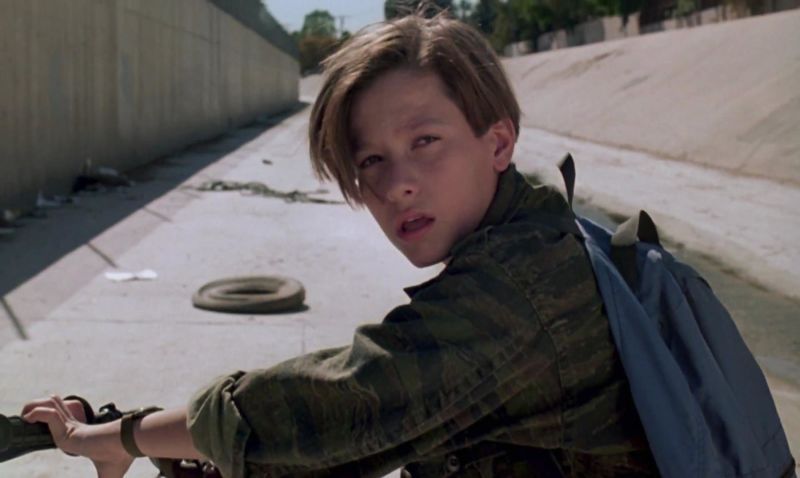 John Connor’s leadership is one of foresight. He has a history and information that allow him knowledge of what will happen. He simply needs people to listen. In that way, he again shadows Jesus as a man who many are eager to follow, but whose radicalism turns away others. This is a concept explored even more in the later Terminator films and television series, but which gets its footing in the first two films.

Even Terminator 3: Rise of the Machines (2003) delves into following the path of Jesus’ story. In it, the Terminator carries John Connor’s coffin as if mirroring the procession to the tomb of Jesus. John is eventually put in a bomb shelter and protected from battle while the female Terminator (Kristanna Loken) is a Satanic figure whose actions mimic the apocalypse from the Book of Revelations.

Religious undertones have been analyzed throughout James Cameron’s films, from True Lies (1994) to Avatar (2009). But while Terminator and its sequels may draw biblical parallels on a literary level, their message is not in tandem with the actions of Jesus. John Connor does not sacrifice himself in a manner reminiscent of Christ. The supertext of Terminator is more basic—humans contain violence and compassion in equal parts, and the outcome of our future depends on us highlighting the latter.